These are the words of a dying dinosaur, a species which are just too stubborn to accept the new paradigm shift. Their own success blinds them, and we cannot blame them. These people are the most successful ones in a world which no longer exists, a world that is no longer reachable for the average person, a world that does not make any sense. We should not cancel people like Charlie Munger and Warren Buffet. They have helped finance the move to a new world: The Internet of Value: a world where new rules apply, where CNBC is no longer a reputable media company. A world where communities matter most, a world where an expensive car is no longer a status symbol. This is a place where most of the human activity moves to a digital world with no boundaries and no national governments. This is a place where the average user has a say in the system and where your best friend is from the other side of the planet. And today’s 18-year-olds are already building this world.

I recently listened to a panel discussion on Central Bank Digital Currencies (CBDCs). All central banks are moving into CBDCs or are considering prototypes. They talk about programmable money, where you will be able to automate your financial transactions, where you will freely transact all over the world. Typical buzzwords like “financial inclusion” and “enabling more business models” get mentioned. These people just don’t get it. These are the same people as Charlie Munger. They just cannot see beyond their own pretty world. IT IS NOT about programmable money. It is about the freedom to create your own token, be it a currency, community token, governance token or decentralised IoT network of connected devices, the freedom to express yourself online, the freedom to transact with anyone on whichever terms and conditions. The central bank is obsolete, just like your government or at least 60% of it. Yet you still pay taxes to support 100% of it. Free open-source software is eating the governments and COVID-19 accelerated the transition to a digital economy ruled by the public: The Internet of Blockchains. Governments have to learn to let go, and they will have to learn it the hard way. Controlling everything is in their DNA. Central banks and governments have dropped the ball with Facebook and social media (if you need an example, think of Trump). Letting people freely communicate and collaborate has created the greatest threat to governments and central banks: Bitcoin and everything that comes after it. We call it the Web3. Governments will totally miss the Web3, and when it comes, they will be obsolete.

The Web3 is coming sooner than you think

While politicians are focusing on their egos, especially USA vs China vs Russia the Web3 is coming where people don’t care about nation-states but rather their communities where everyone is part of their community's governance where everyone feels accepted regardless of nationality, race or sex.

Welcome to the Internet economy where you get paid for logging in into your favourite Discord server, where you collect a digital car which is more expensive than a real Bugatti Veyron, where people will value the digital world more than the real one, not because the real one is not better but because everything will be owned by big corp. At the same time, strict regulations will discourage you from doing anything in the real world. Do you want to fly to a lovely beach? Pay for CO2 and feel guilty about it! Oh! There is a pandemic; please stay home! Oh! No, you cannot own a car because you are harming the environment, please use the filthy public transport. Why pay for public transportation when you can teleport in your digital world? Why pay for the theatre if you can attend it online and pay with the tokens you earned by logging in to Discord? Welcome to the Internet of decentralised public networks where people can swap any type of digital value and create their own market places. The status symbols of the future will not be the clothes and the car you own. Why is that? Because it's not sustainable!

What are you talking about?

But aren't they going to ban us from using digital currencies different from CBDCs? Can't they just shut down the Internet? Not anymore! They shot themselves in the foot by pushing for digitalisation. They are slowly losing control. Universal basic income is coming. A person will only need to pay for their rent, Internet connection and for their food. Staying healthy will involve companies like Peloton but open source and permissionless where you can earn tokens for doing sport and spend these online on your favourite game items and collectables. In this world, you will be able to earn interest on your attention, on your Bitcoin holdings or on your collected digital Pokemon cards (why not lend them to someone else while sleeping so they can enjoy them in a game?).

Governments are like dinosaurs. The education system is failing us. And no, private education is also not better. We live in a fast-paced world where information is sourced from online forums or Twitter. Where do you learn about blockchain today? At University, LOL? No, on Twitter, Reddit and Discord or Telegram. Education is already broken, and this will accelerate in the next five years where kids will learn about stuff at school that won't help them in life.

The digital economy requires new skills: self-initiative, empathy, critical thinking, basic programming skills and the ability to present yourself over the Internet.

Where do governments fit into the picture?

Deficit spending will increase, distrust in the government will increase. Infrastructure will slowly self-destruct. If nobody travels, you cannot support a real economy. Covid gave us a first example of what’s coming when we all go digital. Nobody will want to live in a big city, and if this happens, who will support the infrastructure? Smart city? Who needs it if you work in a digital world similar to GTA (Grand Theft Auto), where you can earn money to do missions? Will automation leave us without jobs? C’mon! We can create our virtual jobs, virtual communities, virtual art and virtual money (and spend the tokens in real life, e.g. BTC). The most successful businesses will not have shareholders, but stakeholders and everyone will be a company co-owner. Look at games like EVE Online. We already have virtual worlds where you can earn money even without blockchain. Imagine finding a job in a virtual world you like and enjoy yourself while making money. And the best part of it that there won’t be a job interview. You just have to find the community which will support you in your new virtual career.

If you did not like what I just told you, look at the bright side! The world I just described is the only way to save our planet. And this is by destroying our way of living and by embracing the digital world. Governments will be standing and watching their world fall apart. The elite will not understand what hit them. 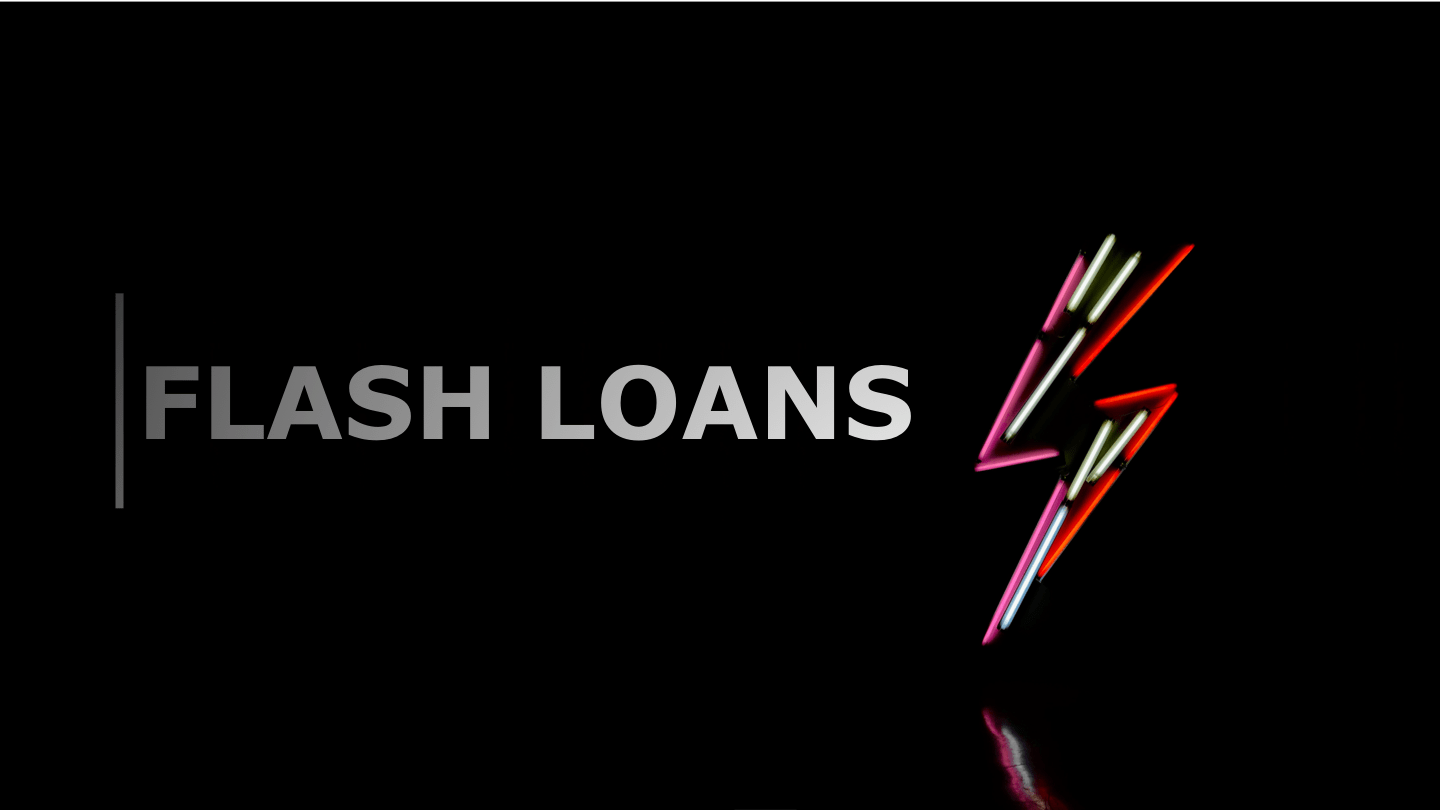 Flash Loans, are instant uncollateralised crypto loans where the borrowed asset (and a fee) is returned before the end of the blockchain transaction.